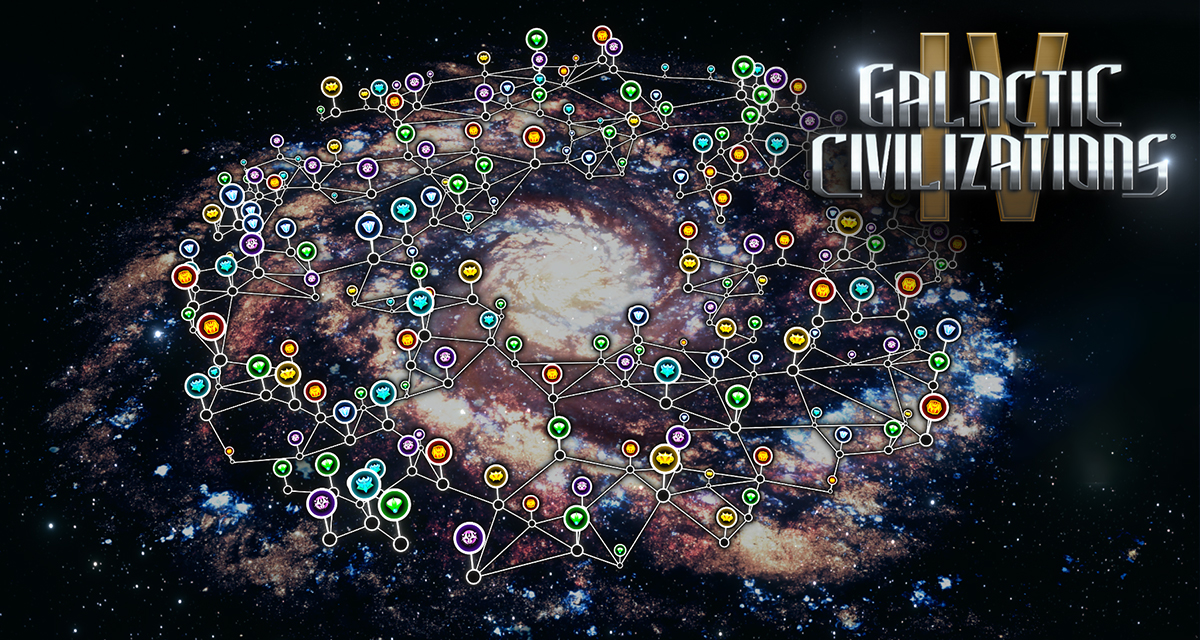 When you're looking to rule the galaxy you need to be able to see everything - where your strongholds are, where your enemies are lurking, and where you have left to expand to. The new sector view lets you zoom out to view all of the sectors on the map so you can make better decisions on your strategy.  [read more] 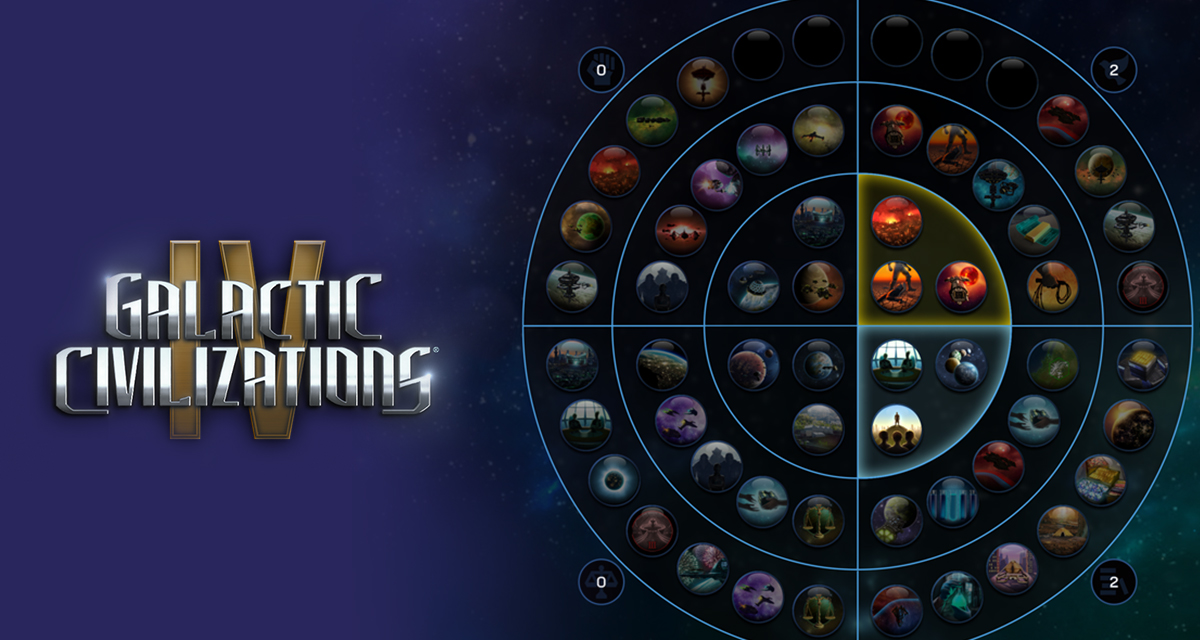 During the development of a game, many ideas will look good on paper only to be found to not work out in practice.  Normally, these ideas get killed off before implementation and even fewer ever get seen by the public. In the case of Galactic Civilizations IV, because we’re going out in ALPHA, you will get to see some ideas fully implemented that we have already decided didn’t work out. Today’s example for discussion: The Ideology compass. Here’s how it wor... [read more] 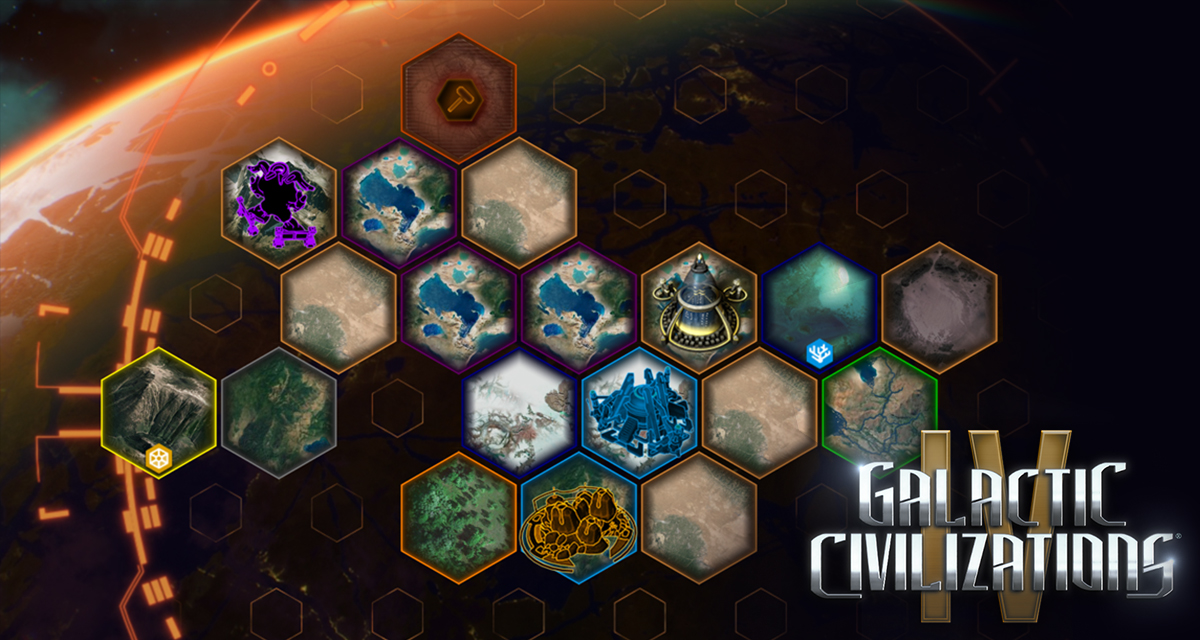 For this entry, we are going to give you a tour of Galactic Civilizations IV as it exists, in alpha state, in June 2021.  We’re very excited. There’s a lot in here but so very much more to do. Note: I’m playing at 5K so I’m smushing my screenshots down so that they’re not quite so huge.   Choosing a Civilization For the Alpha, you can only play as the humans.  This is because we intend to make the civilizations much more distinct than t... [read more] 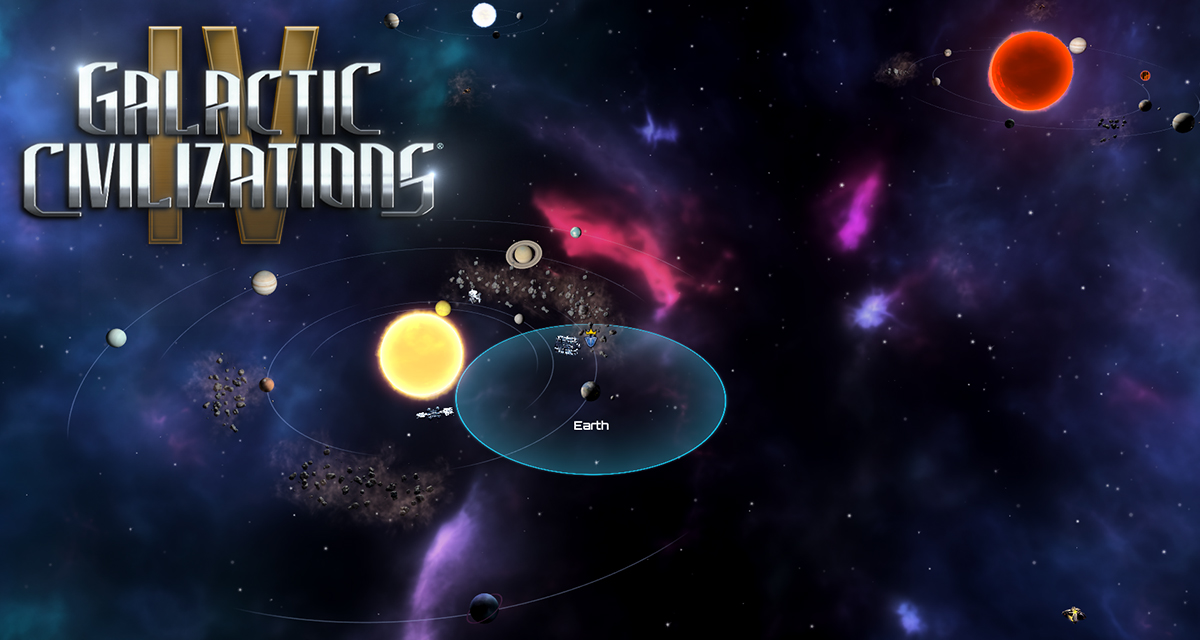 Humans have always thought their solar system was so vast... but there are so many worlds beyond the Milky Way to explore. Where will you go first? [read more] 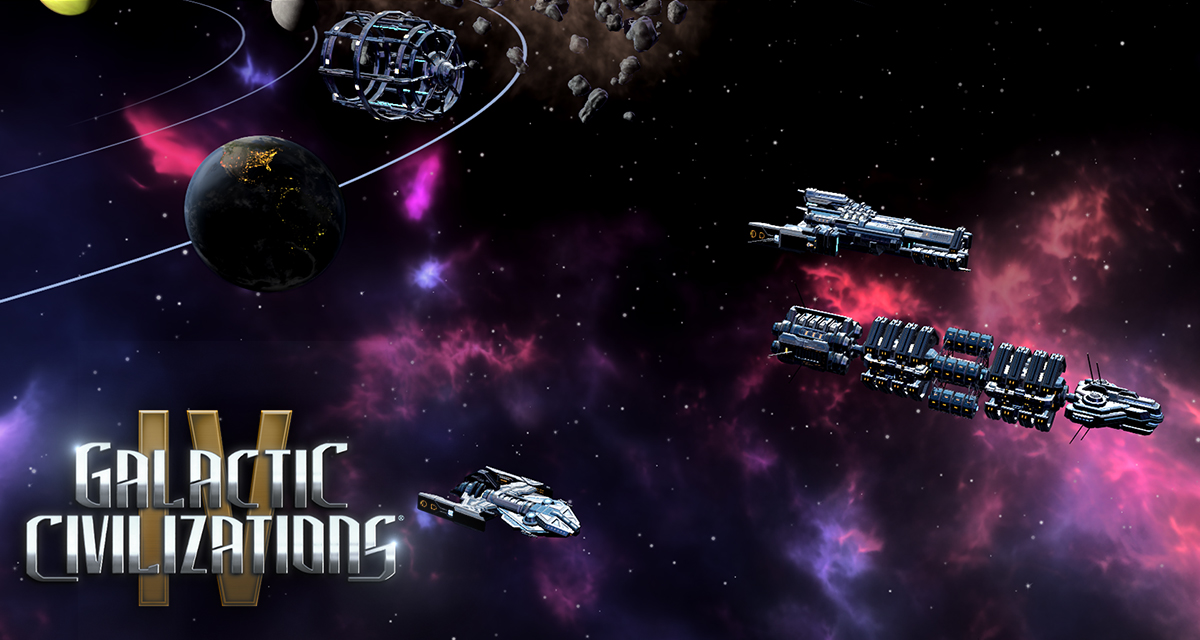 With the benefit of hindsight… Every 4X game I’ve played struggles with the late game.  This is because they tend to become a micromanagement slog where the outcome of the game was known long before.  So how do you address this?  Well, the wrong way to do it is with AI governors or other such “help” from the AI. GalCiv IV flips the concept of governors on its head. In previous GalCiv games, you had to manage every single planet you colonized. ... [read more] 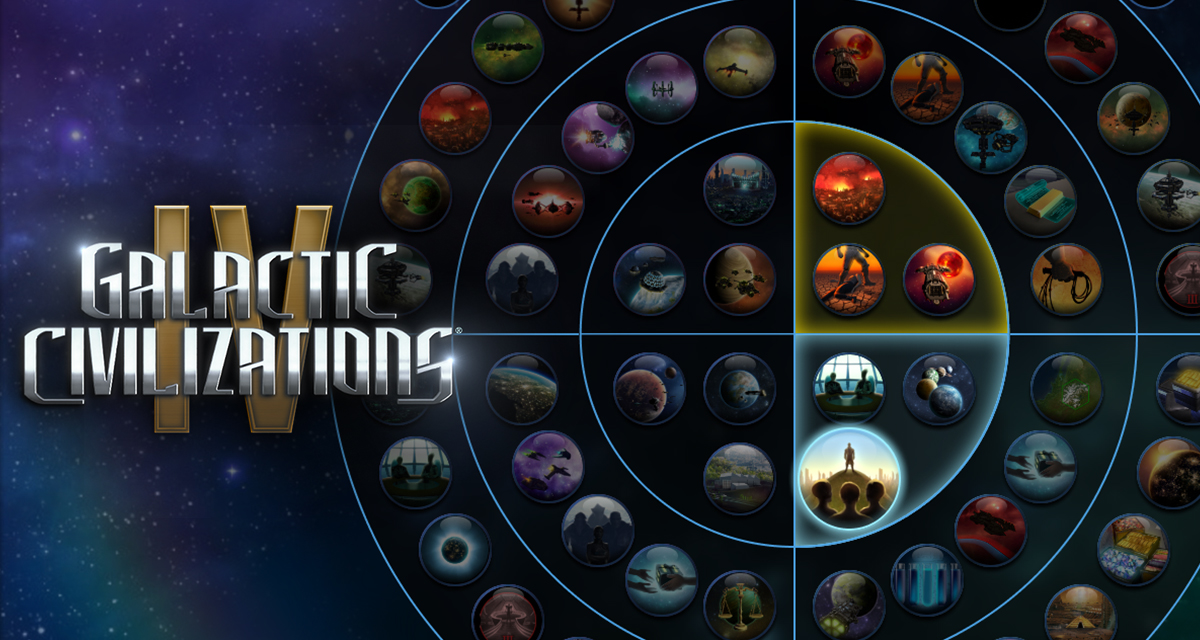 How you spend your culture points will determine what kind of leader you are and what type of civilization you lead: Authoritarian, Collectivist, Individualist, and Libertarian - with plenty of room to dance the lines between them.  Which way do you lean? [read more] 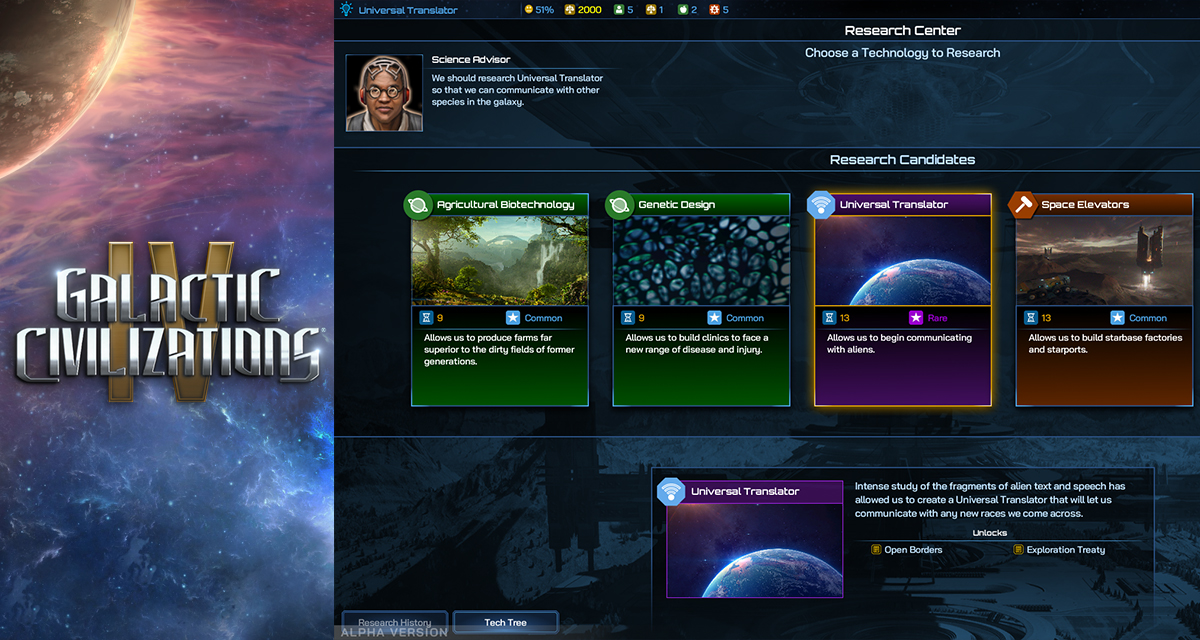 Prioritize your research! It's tough to trade with other civilizations if you can't communicate with them - universal translator can help with that.  Which technologies would you research first? [read more]