This is another one of those issues that has been around for a long time and, since it is still present in the 1.10 release, I want to bring it up again to make sure it is on your list of things for the devs to fix.

The issue is that the game "miscalculates" the number of turns it will take to move a ship/fleet from its current position to a target destination.  It does not do this every time, but I estimate (rough guess) that it does this about 1 out of 5 times.

Now, if I right-click on the cell near the end of the projected path that has the number "3" on it (indicating that the fleet should be there after 3 more turns) the game recalculates the trip correctly as shown in the third screen snapshot below.

This is not a show-stopper, end-of-the-world bug, but it is very annoying and should be easy to fix. 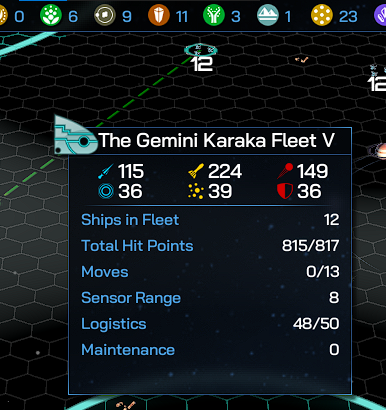 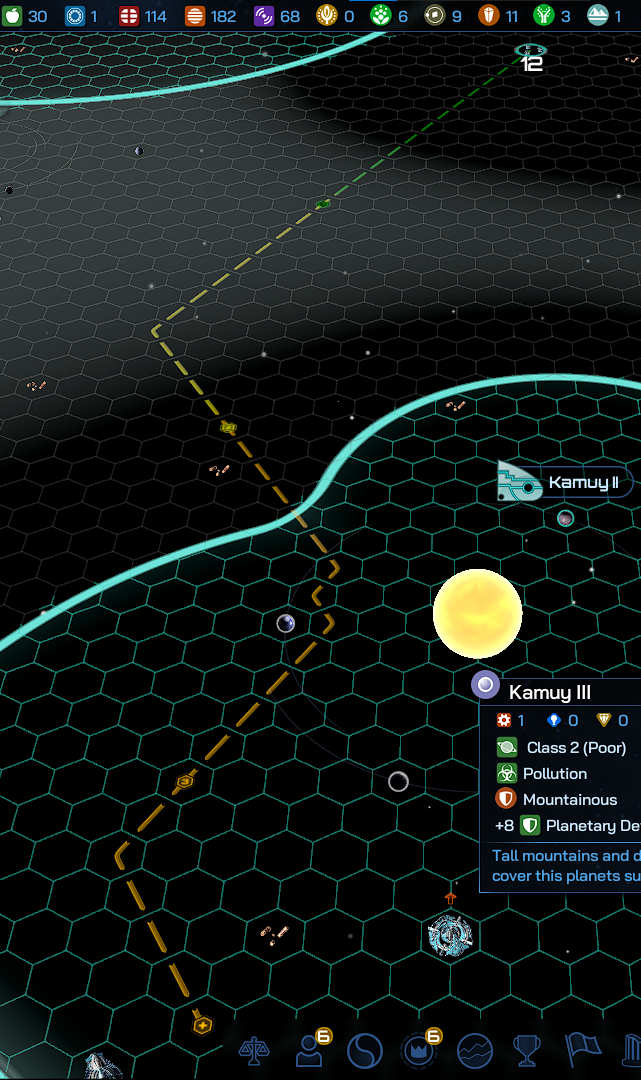