I came upon an anomaly that looked a little funny because it had a number (3) on it, and I could see the 3 ships.  When I tried to attack it, I got a window saying that the anomaly was already being surveyed.

Obviously, this is not right.  What is going on?  It kind of looks similar to another bug that was reported a while ago where, when you attack an anomaly, you succeed but the anomaly would still be there, and you could see the defenders.  However, this is the first time I have attempted to attack this anomaly. 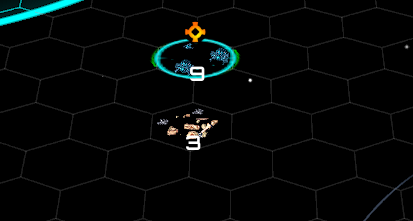 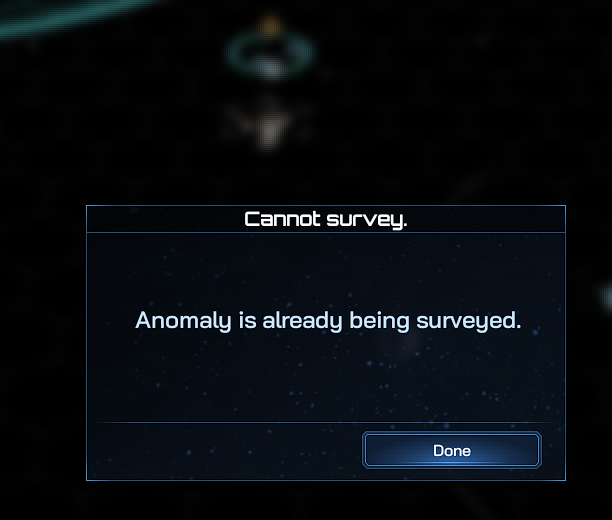