In this thread I'll cover a variety of starbase modules that I think could use a look at. I'll update this thread as I find various modules to discuss. 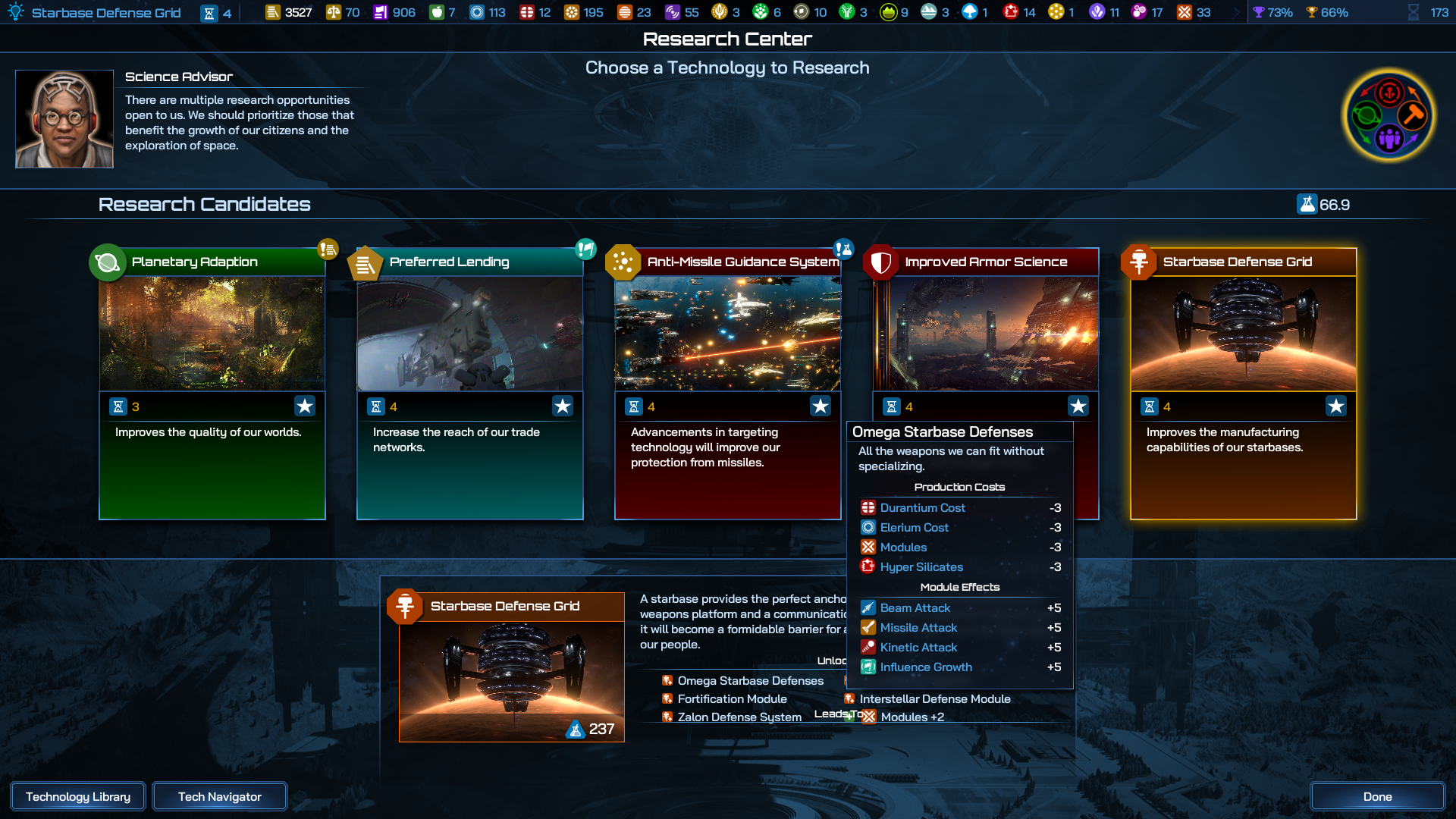 In order to get access to this, you have to go to the end of the starbase defense track. That is quite a lot of teching, on a track that is not a high priority (defending your starbases doesn't win wars generally). The module itself is incredibly expensive, but for a key starbase it could be worth the cost to keep it up, so that's not the issue. The problem is....the bonuses are anemic. By the time I'm getting these modules I'm facing medium ships...often large, that are bristling with guns and defenses. I'm facing 30+ logistics fleets. +15 to attack is nothing, its spitting in the wind. Even +30 is honestly not that impressive at this point in the game. What you could do is give it the whole package, +5 to all its attacks, +5 to all its defenses, and 100% HP. I still don't know if that would be enough to have it survive equivalent fleets, but at least you would need a reasonable fleet to take it out, and not just a collection of stray ships you can throw together.