This thread is to take a look at tourism buildings from a balance perspective. I outline my the issues with each building in this post. Two posts below that I outline my general fixes. 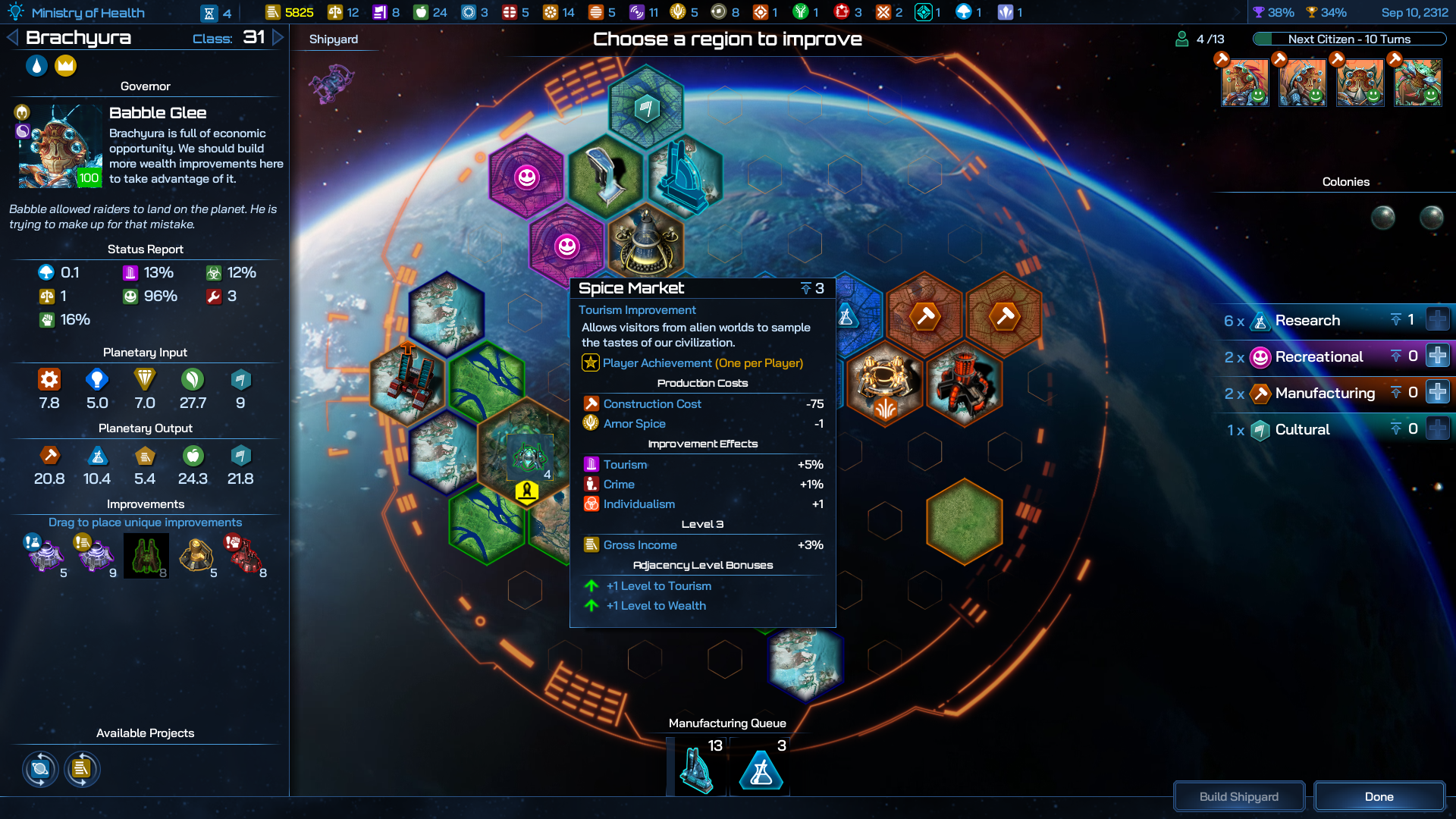 This is a very special, one time only building (that you need a specific tech to research), so your expecting it to be pretty nice. It also requires an arnor spice, a rare resource. However, it is a pretty cheap building, only costing 75 manu.

Conclusion: The spice market fails in every category. It is not a good building initially, not good when leveled up, and provides no strong adjacency incentive. There is, frankly, no reason to build this building. 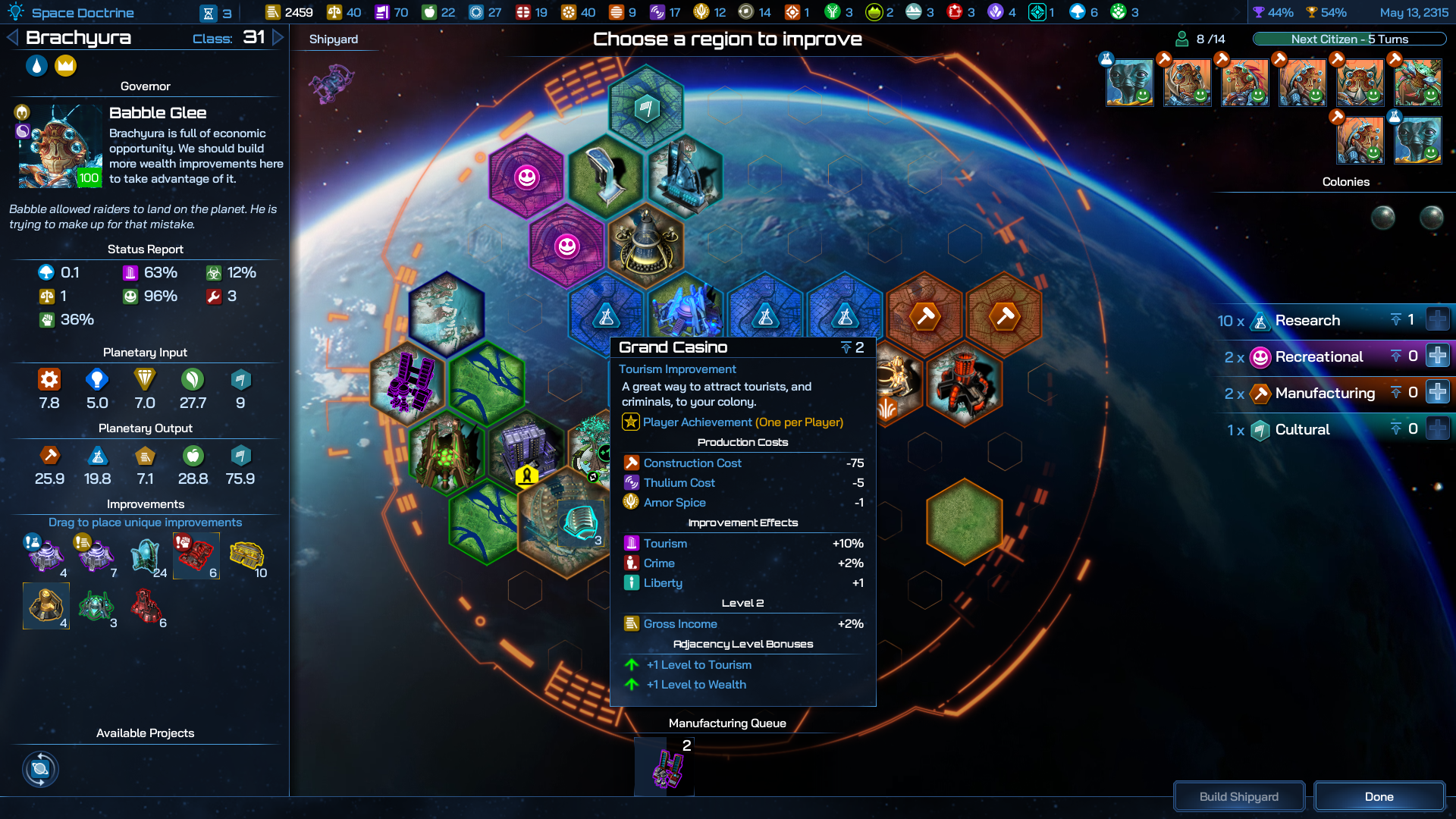 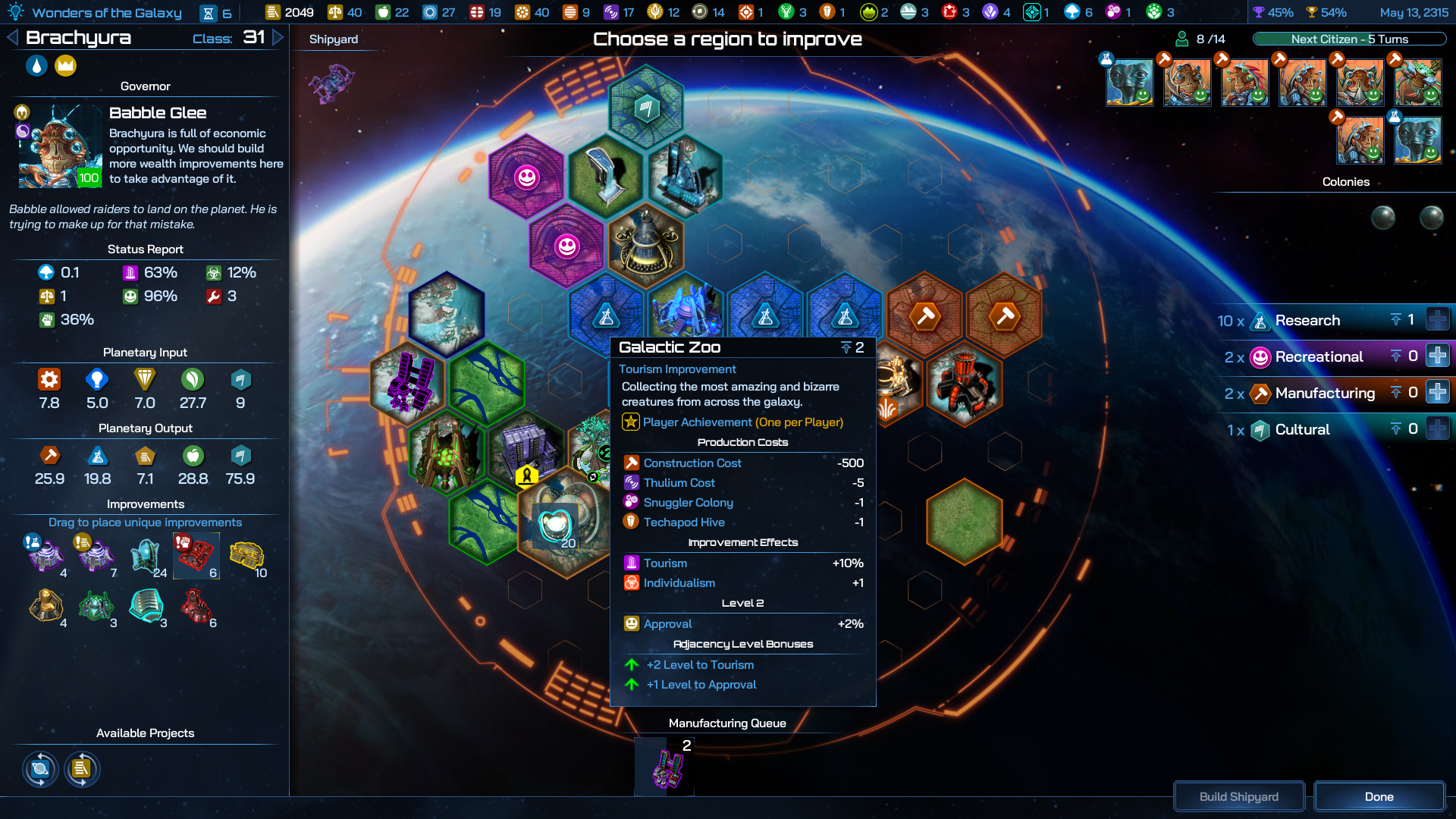 Conclusion: While the others were bad, this is really really bad, just extremely expensive for what it offers. 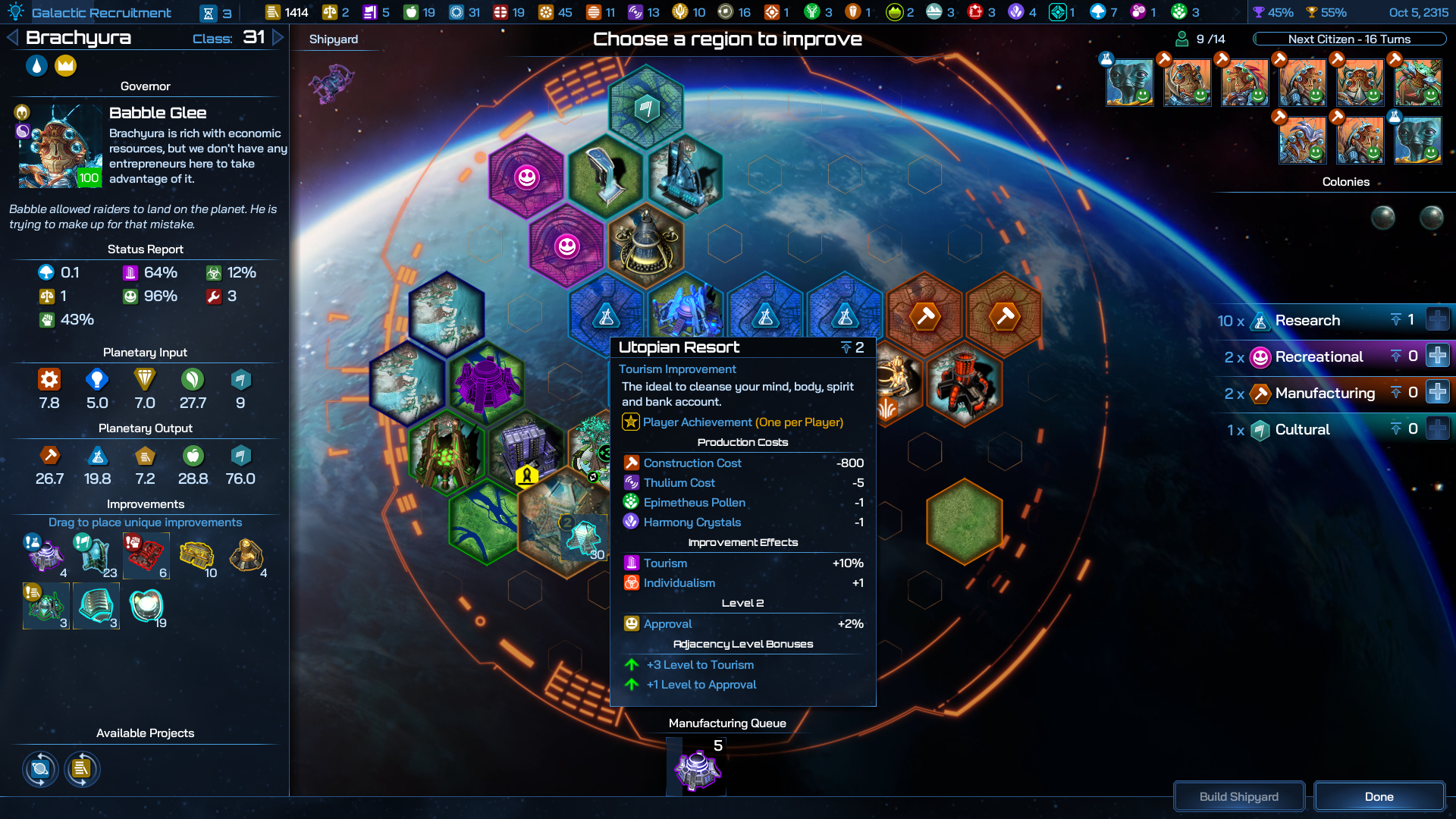 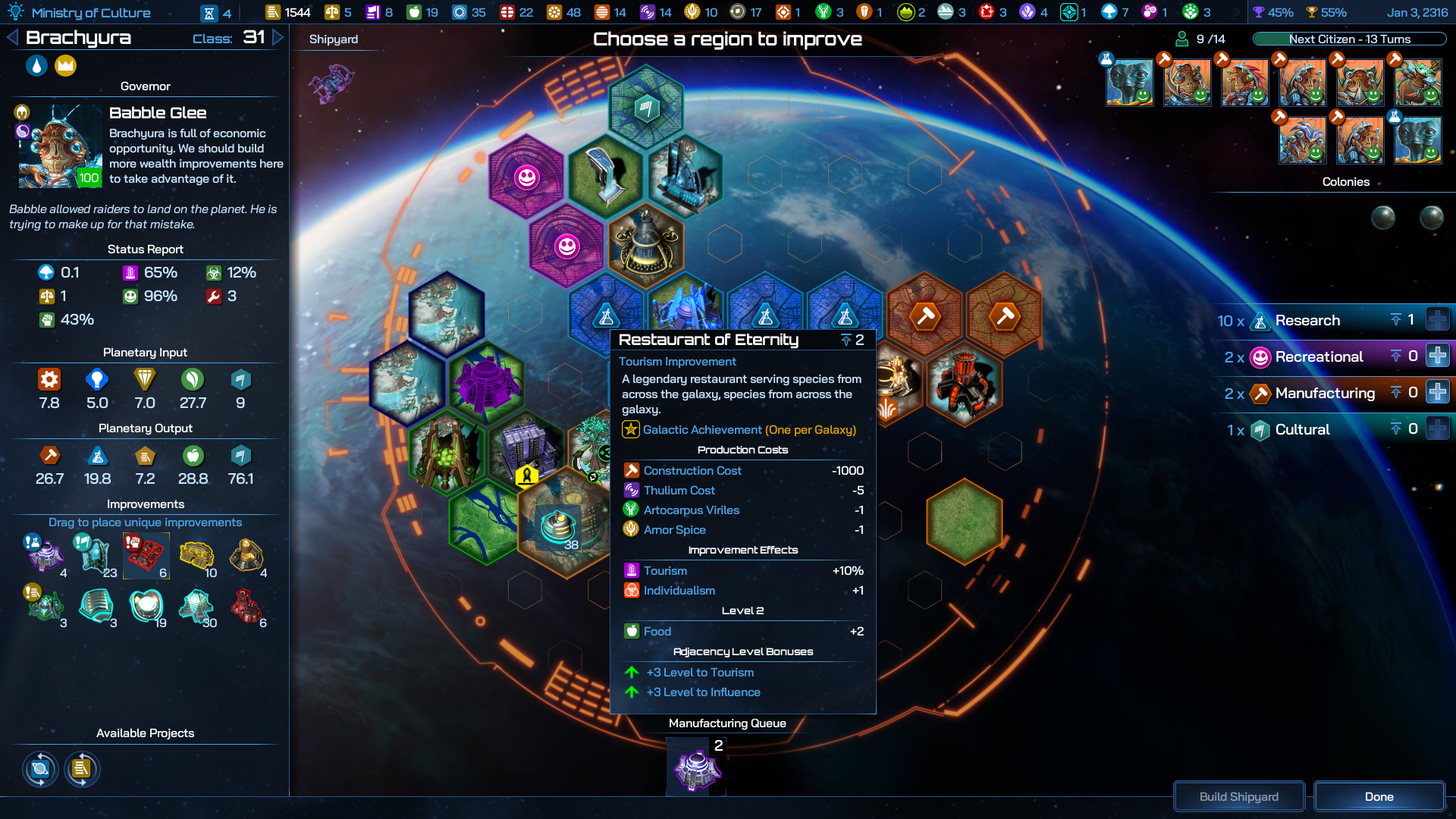 Conclusion: Now in terms of regular buildings, I can do all of that (except the ideology) with 7-8 tiles. So on tile efficiency, tourism seems alright at first glance (not great but alright). But when you consider the insane cost, I can have up regular buildings enormously quicker, and with just a little bit of adjacency extra the regular building bonuses skyrocket in comparison.

So I think its clear that all of the tourism buildings need some work. This post is already long enough, so I will give my thoughts on solutions in Post 3 (two posts down) below.