The following screen snapshot shows the result of a battle where I attacked an Asp with a Battle Axe.  When you look at the Attack values for all of the attacks by my Battle Axe you will see that the values are all less than the Beam Attack rating for my Battle Axe which is 6.

However, when you look at the Attack values of the first 2 attacks by the Asp you will see that they are both (7 and 9) greater than the Kinetic Attack rating for the Asp which is 4.  As a player, it does not make sense that an Asp with an attack rating of 4 can perform an attack with a value of 9. 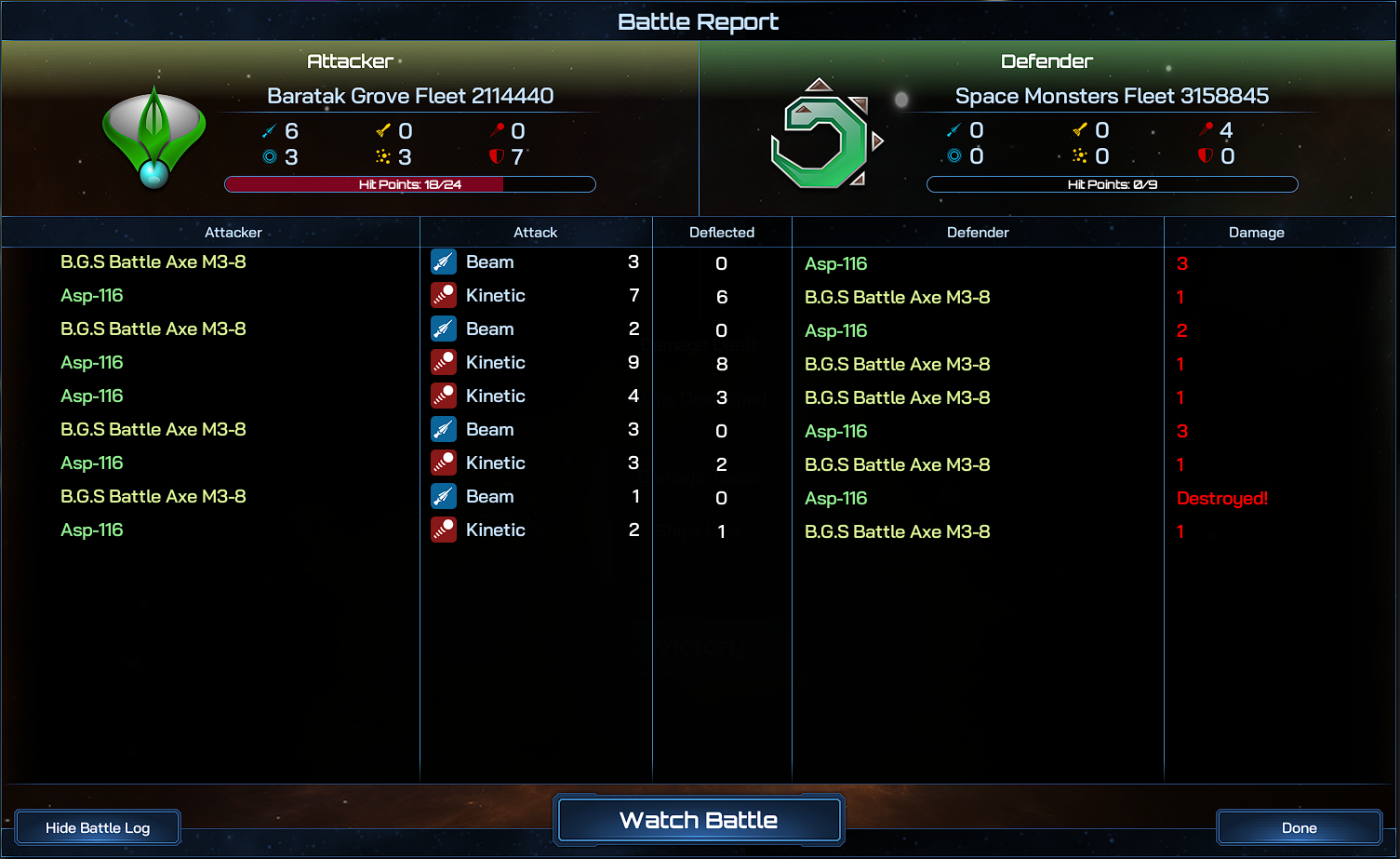