While hanging out on Usenet's comp.sys.ibm.pc.games.strategic in 1992, college student Brad Wardell was just one of many Usenet participants who put together wish lists for their favorite games. Rather than sit in chat rooms all day, Brad decided to do something about his wish list. He would make his own game. One problem – Brad didn't really know how to program (other than some Basic) and was a poor artist. With little money, Brad bought "Teach Yourself C in 21 days" and decided to program the game for IBM's new OS/2 2.x operating system. 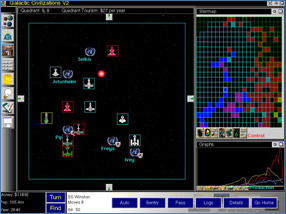 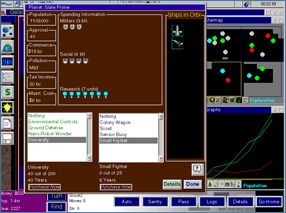 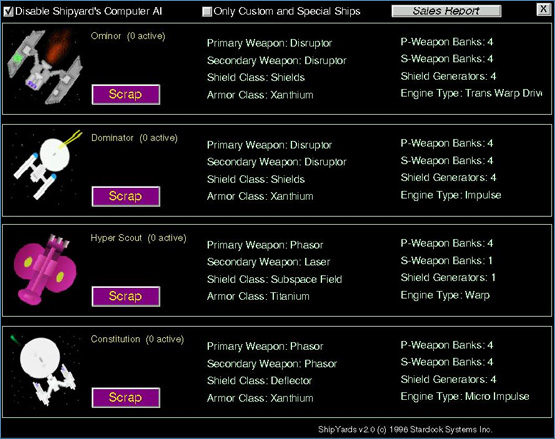 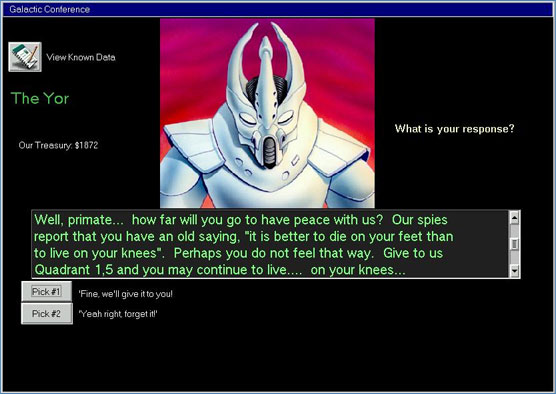 By 1997, OS/2 had clearly lost to Microsoft Windows in the battle for the PC desktop. Stardock began migrating its development efforts to Windows and made a number of small Windows games such as The Corporate Machine. Stardock kept its finger in the game industry pie with projects such as Starcraft: Retribution developed for GT Interactive & Blizzard Entertainment.

Stardock was finally able to revisit Galactic Civilizations in 2001, and it would take an additional two years for the game to be released.

Here’s a mockup for Galactic Civilizations I for Windows: 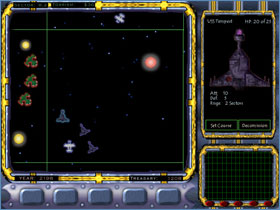 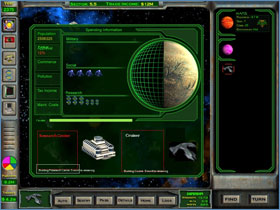 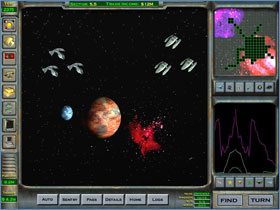 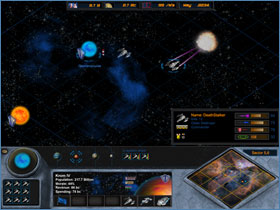 And this is what it ended up looking like: 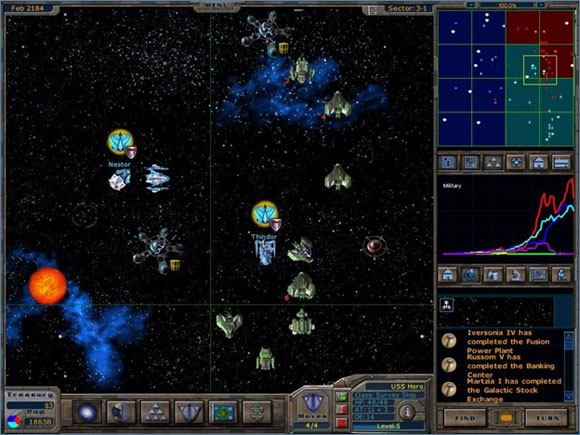 While Galactic Civilizations was a commercial success, its publisher, Strategy First, filed bankruptcy without having paid most of the royalties it owed. Luckily, most of Stardock’s revenue came from its software business and the company was able to fund a sequel without relying on the revenue from the Windows version of Galactic Civilizations.

The sequel, however, would be published by Stardock and move to a full 3D engine. 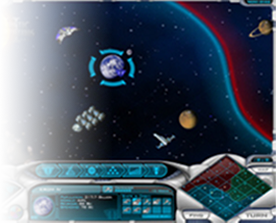 The sequel, however, would be published by Stardock and move to a full 3D engine.

Galactic Civilizations II was an immense success. Players enjoyed designing their own ships and seeing how they made out against a devious AI.

The game saw two expansions. The first, Dark Avatar, added asteroid fields, mining and numerous other features to the base game. The second expansion, Twilight of the Arnor, overhauled the graphics engine and provided each civilization with its own unique technology tree and ship parts.

The 3D engine was designed to scale with resolution thanks to heavy use of vector graphics within the game assets. As a result, even today on a 4K monitor, Galactic Civilizations II looks stunning.

For example, 2560x1440 was unknown as a gaming resolution during Galactic Civilizations II’s development in 2005. The game’s vector-based UI system (based on Stardock’s own DesktopX technology) could scale to handle it, however. This is most obviously seen with the research tree: 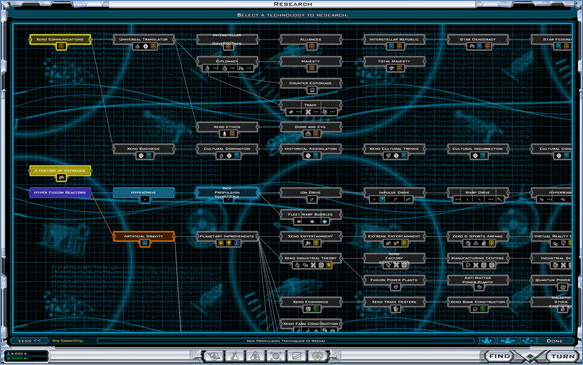 As a result, sales of Galactic Civilizations II have remained high since release, regularly peaking into the Steam top 10 even as recently as 2013.

It would take a long while for Stardock to get back to the Galactic Civilizations universe.

After the success of Galactic Civilizations II, its top developers worked on Impulse, a digital distribution platform, while a new generation of developers joined Stardock to work on Twilight of the Arnor and then Elemental: War of Magic.

Following the sale of Impulse to GameStop, the Galactic Civilizations team was reunited. They developed Elemental: Fallen Enchantress and then began work on Galactic Civilizations III. The challenge of creating something new and fresh, yet familiar, fell to 15+ year Stardock veteran Paul Boyer as lead designer.

Many designs were created, some were prototyped, a few even built – and discarded between the beginning of development and the game’s release three years later. Boyer and the rest of the Galactic Civilizations III team experimented with single production queues, radically different tech trees, and much more. Ideology went through many iterations, eventually settling on the 5x5x3 grid you see in-game today.

Visually, Galactic Civilizations III is far beyond its initial alpha release. The team added a much more complex lighting system during beta, then went one further by implementing high dynamic range lighting, which makes everything “pop” much more on-screen by making dark darker and bright brighter.

Due to the expected longevity of Galactic Civilizations III, the new engine is strictly 64-bit and DirectX 11. This is to allow the game to continue to be improved and expanded well into the future.

Galactic Civilizations III launched on May 14, 2015. Much ice cream was consumed.