Seek out new star systems and discover the exciting potential of the subspace realm in Galactic Civilizations IV. You are the all-powerful leader of a spacefaring civilizations and will discover thousands of worlds and dozens of civilizations - both old and new - as you explore the galaxy and try to build a civilization that will withstand the tests of time.

Beta 2 adds a bunch of the features you've all be asking for, including 3 multiplayer modes, the cinematic battle viewer, new events, and new galactic achievements. Take a look below for the full changelog and a summary of the exciting new features and experiences that await you in Beta 2 for Galactic Civilizations IV! 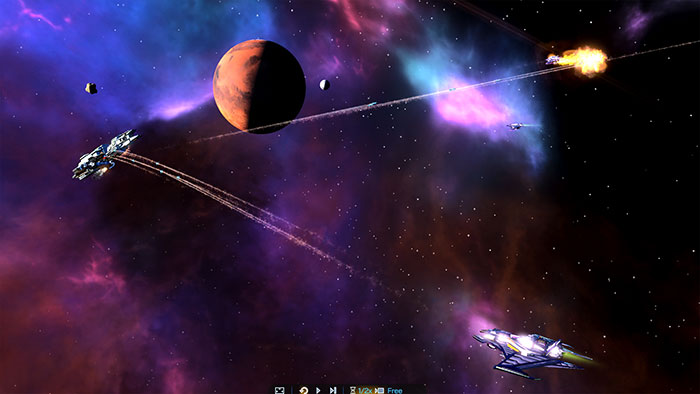 The newly implemented battle viewer lets you enjoy cinematic explosions as you take command of your fleet.

Arena
The stand-offs are tense Arena mode, where two players enter and only one will come out alive. Locked into a fierce battle from which there is no escape, you'll have to employ your wits and your weapons to win.

Agenda
You'll need to be ready for anything in the Agenda multiplayer mode, where the goal changes with each game. Whether you need to conquer and hold precursor relics or defeat select enemies, care decisions are required in order to beat your opponents to the punch. Build when you have to, fight when you have to, but never lose sight of the overall goal: victory.

Survival
Trust - or backstab, we won't judge - your friends in a fierce war against AI opponents who continue to grow in strength and strategy as the game progresses. There is no doubt that eventually the humans will fall, but the real question here is: who will be the one who dies last? 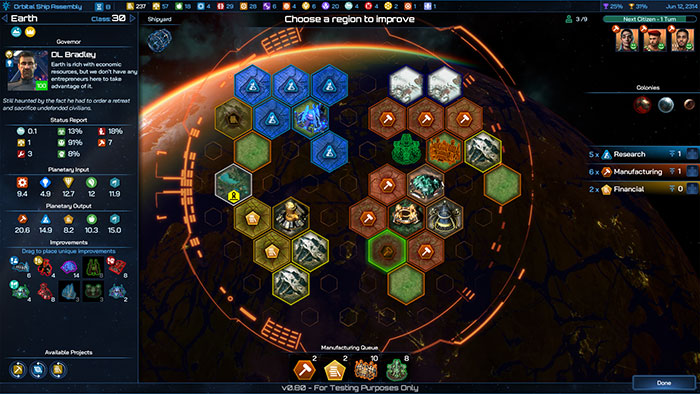 Build improvements on your planets and strive to keep your people happy. You might not like what happens if you don't...

The new Battle Viewer adds an exciting visual spark to the game and lets you see ship battles in all of their cinematic glory. Feel the power of your command as you watch your fleets take on your civilization's enemies and send their vessels into the endless depths of space.

New commanders have been added for several civilizations, including the Krynn, Iconians, Onyx Hive, and Altarians. Recruited citizens can become commanders of one of seven vessels that are unique to their civilization, granting you an edge over your enemies if you plan it right. While some grant bonuses to stats like influence and attack, others allow unique access to things like Promethion chambers or grant other special abilities.

New policies and executive orders like exploiting natural resources or reduced regulations give you more control over how you govern your civilization. Newly added map markers that are placed at the site where one of your vessels is destroyed will also ensure you never take a wrong turn at that galactic fork in the road again. Several other updates and fixes ensure that the beta is running smoothly as we move toward launch later this year. 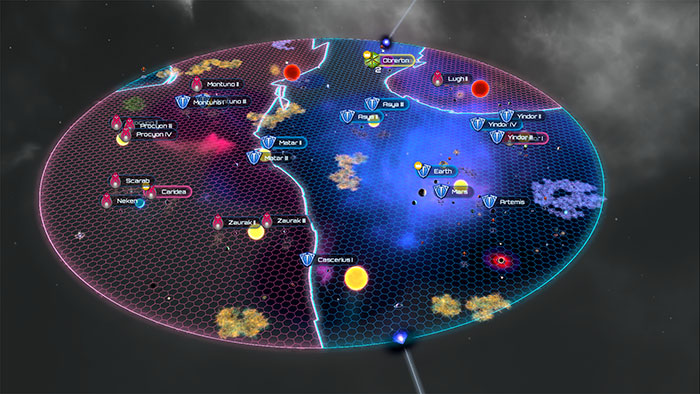 Zoom out for a full view of the sector, making strategic planning that much easier.

To learn more about how Galactic Civilizations IV is developing, please check out our Dev Journals! Want to know more about what's in Beta 2? Check out the changelog below!